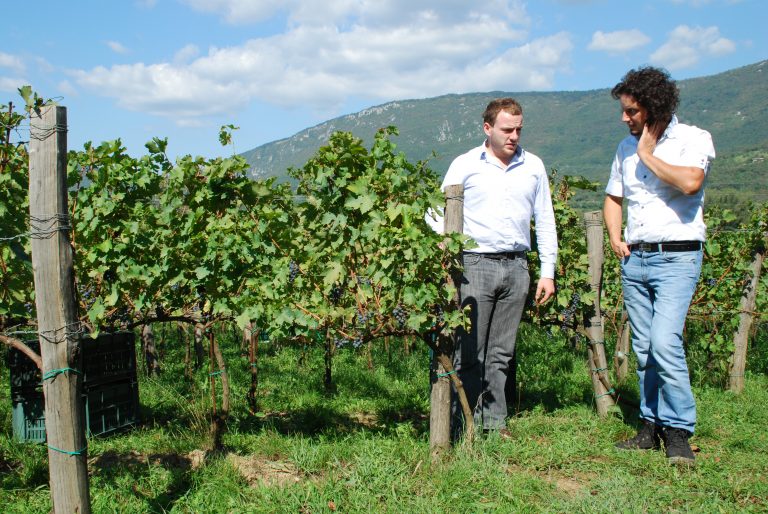 This morning, we’re leaving Šmartno. It’s a bit of a shame really, as the village is amazing, but it’s one small village in Slovenia. Today, we have Batič and Štoka to see. Anja is really quite excited. One of her all time most favourite wines is made by Batič. By this point, I have given up trying to learn people’s names and instead, they have become ‘the folks at Batič’ or ‘Mr Batič’ – it’s easier to comprehend.

But first we needed to load the car with samples winemakers gave us to take with us. The smile on my face tells you everything. 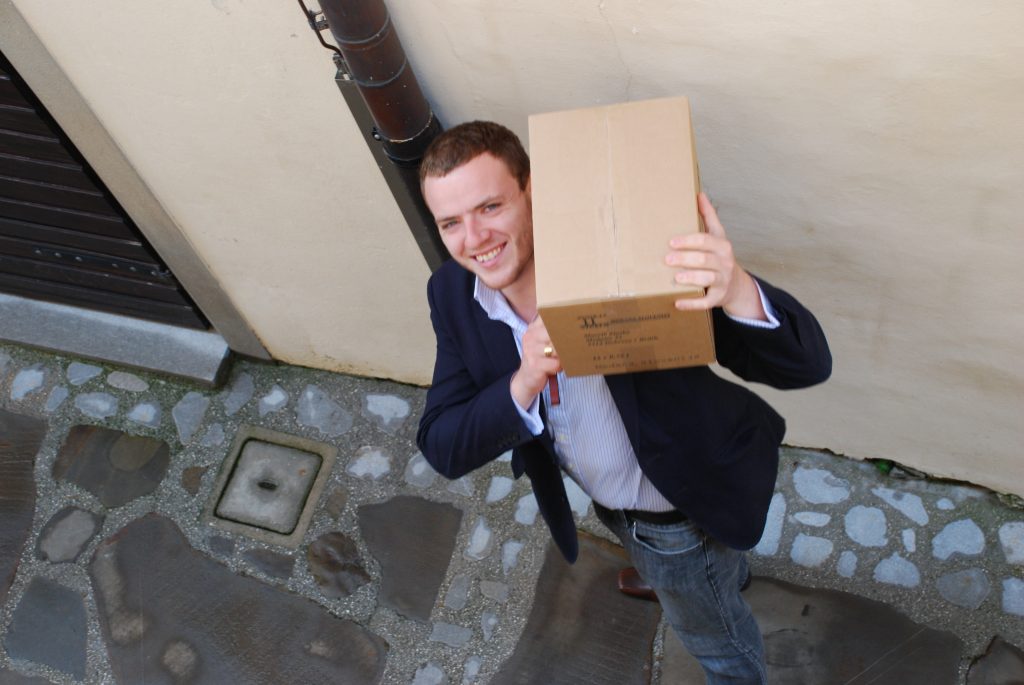 On our way to Batič we got lost. We got lost in Italy actually. Brda region lies on Italian border and actually some winemakers have vineyards in both countries. It would appear that the Italians aren’t very helpful when it comes to crossing borders. Instead of being able to drive straight through on the Autostrada, they haven’t yet removed the border post. There is no passport required, but it would appear that they like sending vehicles around in weird shapes by following the traffic cones (and their signposting is often non-existent). After negotiating an extra 5 kilometers of Italy that could have taken 500 meters, we rocked up at Batič. We met Miha (I think). He’s the winemaker. Eccentric? Yes. Artistic? Yes. He just had to run away for 10 minutes into the vines. An hour later he returns to start tasting with us. We’re close to Italy here. 😉 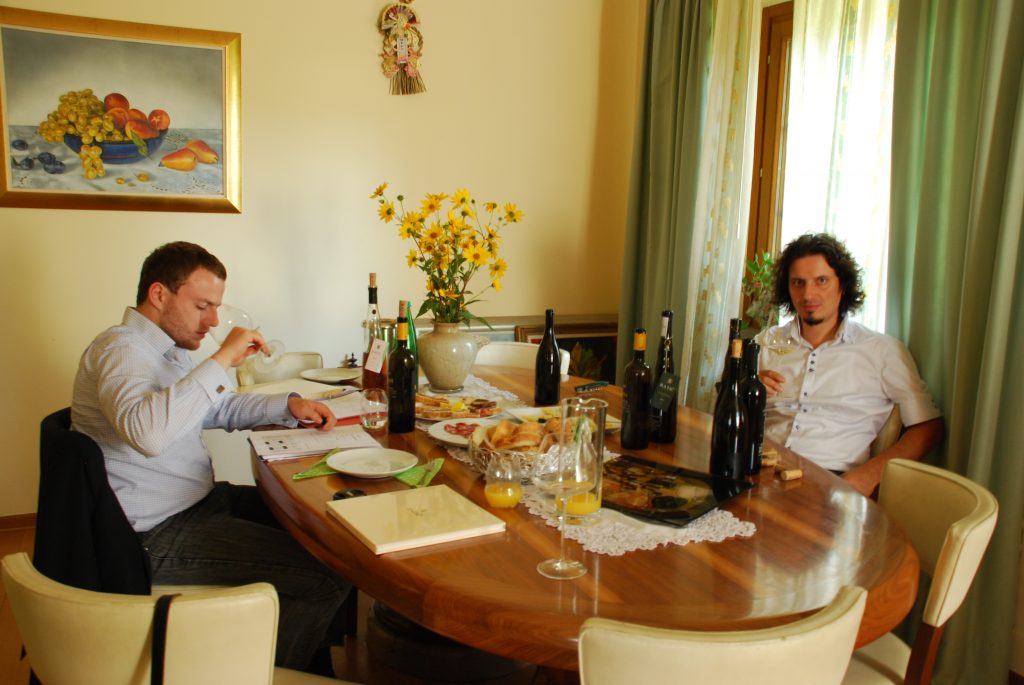 We were sat down in Miha’s front room. His wife kept bringing us cheese, salami, bread, cakes, water, the whole lot. The wine was nothing short of amazing. Usually, you would expect to start with stuff that falls into the ‘that’s not half bad’ category and finish on the ‘I am lost for words’ category. We went straight in at the latter end and it didn’t let up. 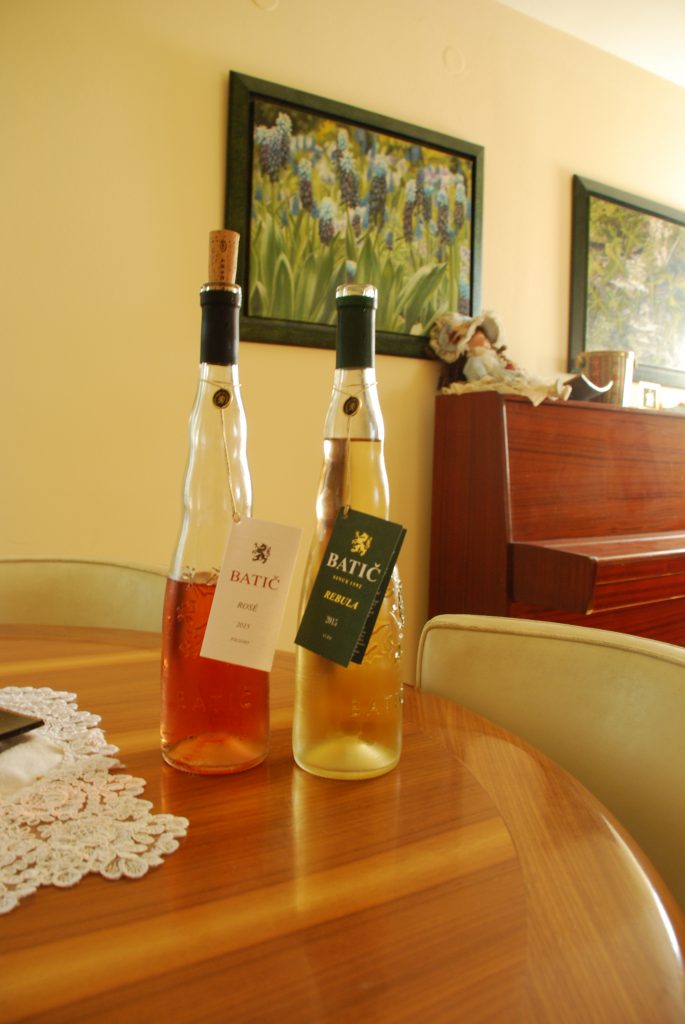 Everything from local grapes to big internationals, his stuff is amazing (and he’s biodynamic). Fascinating. Miha was keen to show us his winery, and his vineyard where his men were busy picking (and drinking coffee). 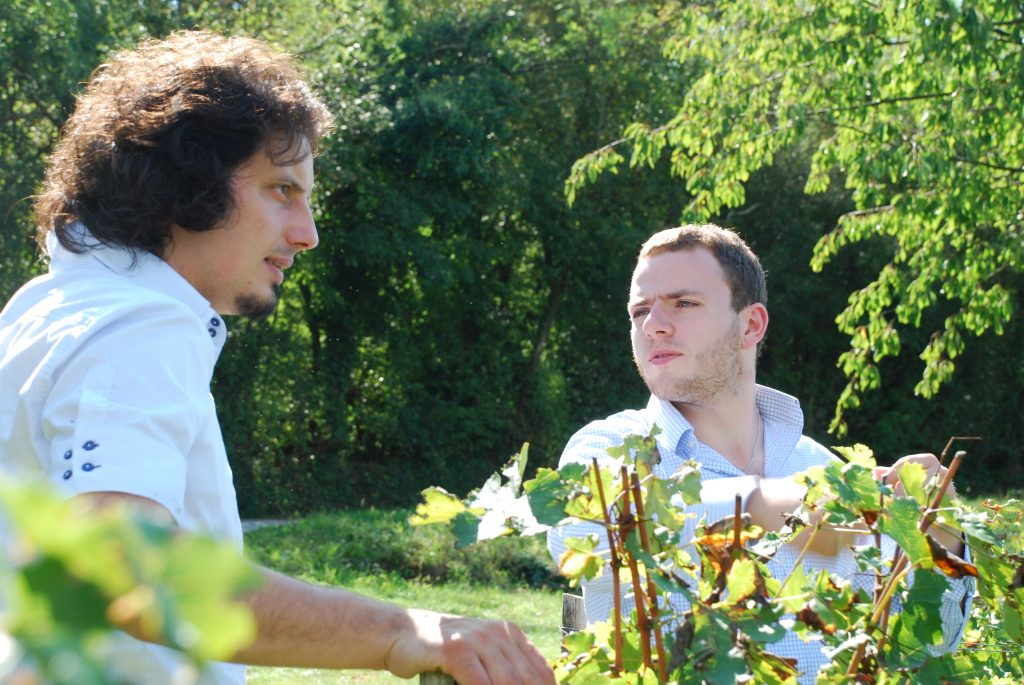 It’s a beautiful world. We eventually left Miha and consulted the map extensively to get to Štoka. They are in Kras and on our way to the Adriatic coast. This is going to be amazing.

Again, a drive through rural Slovenia landed us at the winery. Another amazing tasting. Another amazing family. Once again, we tried their local grapes and the more well-known varietals. There was something that they really wanted me to try though – Teran Liqueur. 15%, sweet and with decent body, I was blown away. The wine, the people, the cellars and the location were all sublime. We’re going to have some difficult wine buying decisions to make here…

After an hour on the road, drive through Triestewith a stop on the Adriatic coast for coffee and ice cream, we ended up at our accommodation for the night (on the Croatian border). A sit down and relax at this stage is welcome. 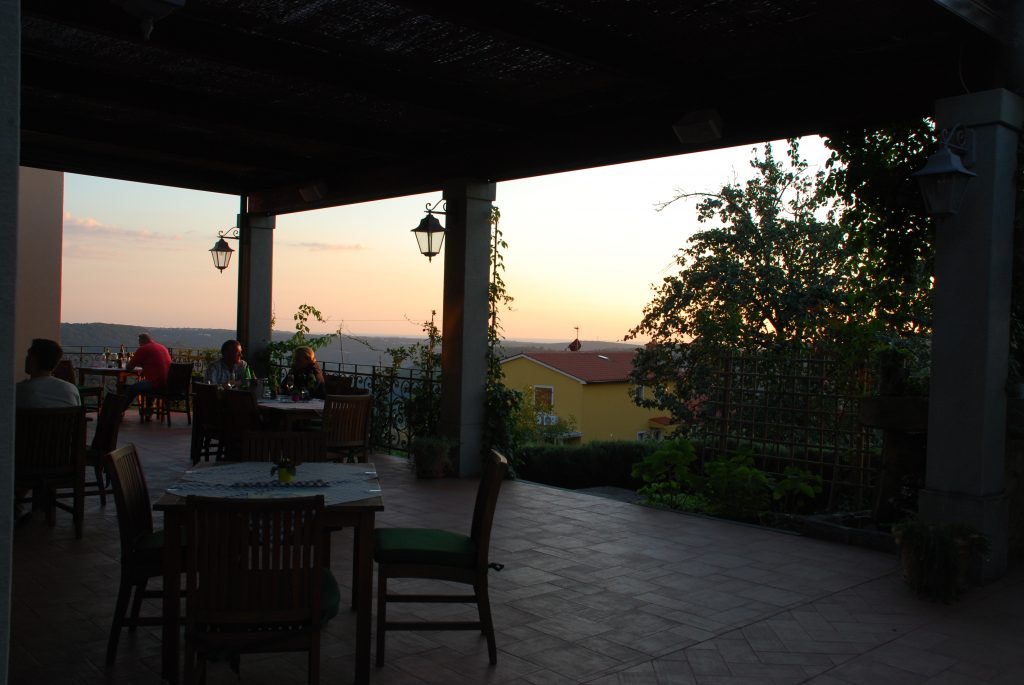 And we had just the view to do so… 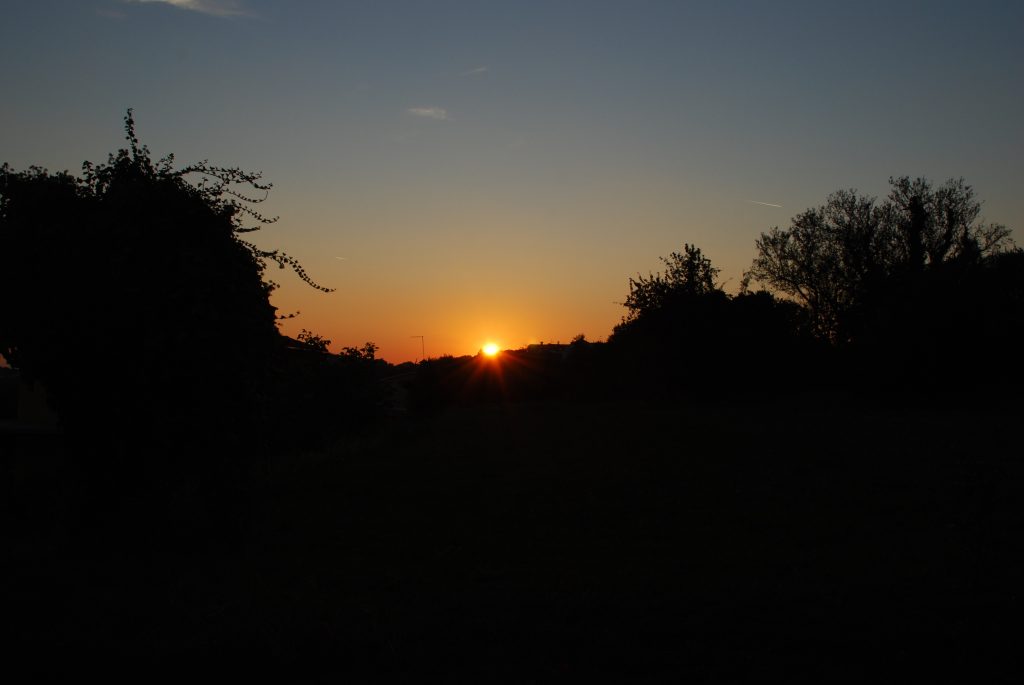 Tomorrow we are moving from South-Western part of Slovenia to the far North-East. Štajerska and Prekmurje are the regions and Zlati Grič and Magdič are the winecellars we are visiting.